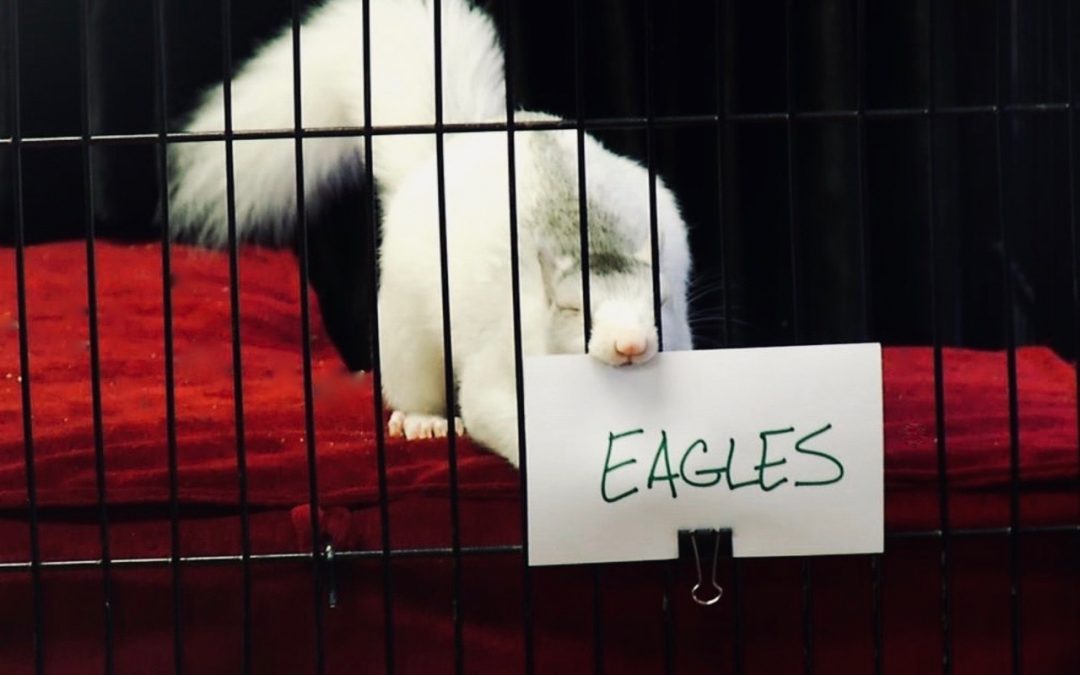 For the sixth year in a row, Groundhog Day will be celebrated in Brevard, North Carolina as “White Squirrel Day.” On February 2, 2020, Brevard’s beloved ambassador white squirrel, Pisgah Pete, will once again take the helm at the city’s festivities and attempt to outshine his world-famous weather-prognosticating counterpart, Punxsutawney Phil. Pisgah Pete, now famous in his own right, annually predicts whether there will be six more weeks of winter and the winner of the upcoming Super Bowl. Every year since 2015, Pisgah Pete has predicted the winner of the Vince Lombardi Super Bowl trophy.

“It’s been astonishing each year to watch Pete predict – with incredible accuracy, mind you – the winner of the Super Bowl,” said Brevard Mayor Jimmy Harris. “In fact, I believe Brevard is the new happening, more-accurate, more-fun place to be on Groundhog Day. All eyes of the world are on Brevard now.”

The event’s organizer, Ann Sharpsteen, says the crowds have nearly doubled since the event’s first year. “Not only have the crowds doubled in size, but there is much more media attention,” explained Sharpsteen. “It’s a lot of pressure on little Pisgah Pete, but he deals with it like a pro.”

Brevard Mayor Jimmy Harris will be on hand at the event to read a proclamation officially memorializing the day as “White Squirrel Day” in Brevard. WSQL radio personality Don Debiase will officiate the ceremony (top hat and all) during a live broadcast on the town’s “White Squirrel” radio station (102.1 FM, 1240 AM WSQL).

The annual event has become a fundraiser for The White Squirrel Institute, a local non-profit organization that provides financial assistance to local licensed wildlife rehabilitators who rescue and save local wildlife (including squirrels, birds, possums, and more). Monies are raised through personal donations and an “Adopt a White Squirrel” program, where for $25 participants receive a white squirrel adoption certificate, the ability to name their rescued squirrel, and the satisfaction of helping local wildlife.

Under the guidance of Director Katy Rosenberg, The White Squirrel Institute has seen a 90% increase in white squirrel adoptions since 2018. “I’m thrilled to see our white squirrel adoption rate increase from past years,” said Rosenberg. “The money raised is sorely needed, and the more money we raise, the more rehabilitators we can help.” The organization will be present at the White Squirrel Day event where fans of Pisgah Pete will be able to “Adopt a White Squirrel” on-site to support fundraising efforts. Donations and adoptions can also be made at whitesquirrelinstitute.org.