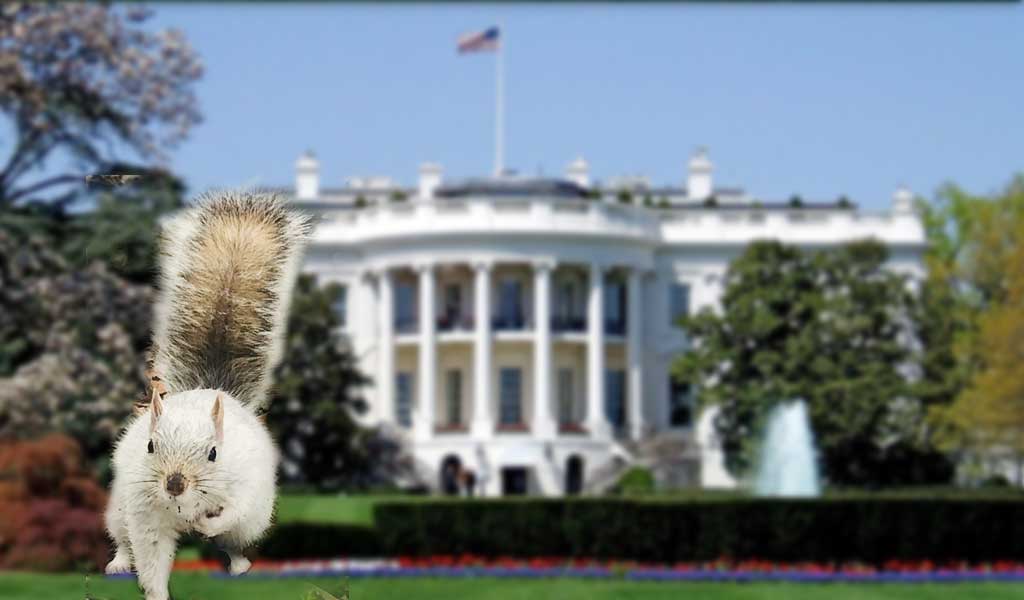 Marie and her son were out for a walk on a Friday afternoon on a cold January day in our nations capitol. They both love the outdoors and enjoy walking around DC looking at the beautiful architecture that is found in the buildings around the city.

As they continued to watch the white squirrel a father and son visiting from China, stopped and asked what they were looking at. Marie pointed to the white squirrel, which was now on the ground, and told the visitor how rare the white squirrel was especially to be seen in Washington DC. He did not understand English very well, but after Marie showed him pictures of the typical gray squirrels that inhabit DC he finally understood what a treat it was to see this rare white squirrel and in front of the White House.

Note: we were a little creative with photoshop with our hero shot (we just could not resist), however this lovely little squirrel was on the White House grounds when the photo’s were taken.