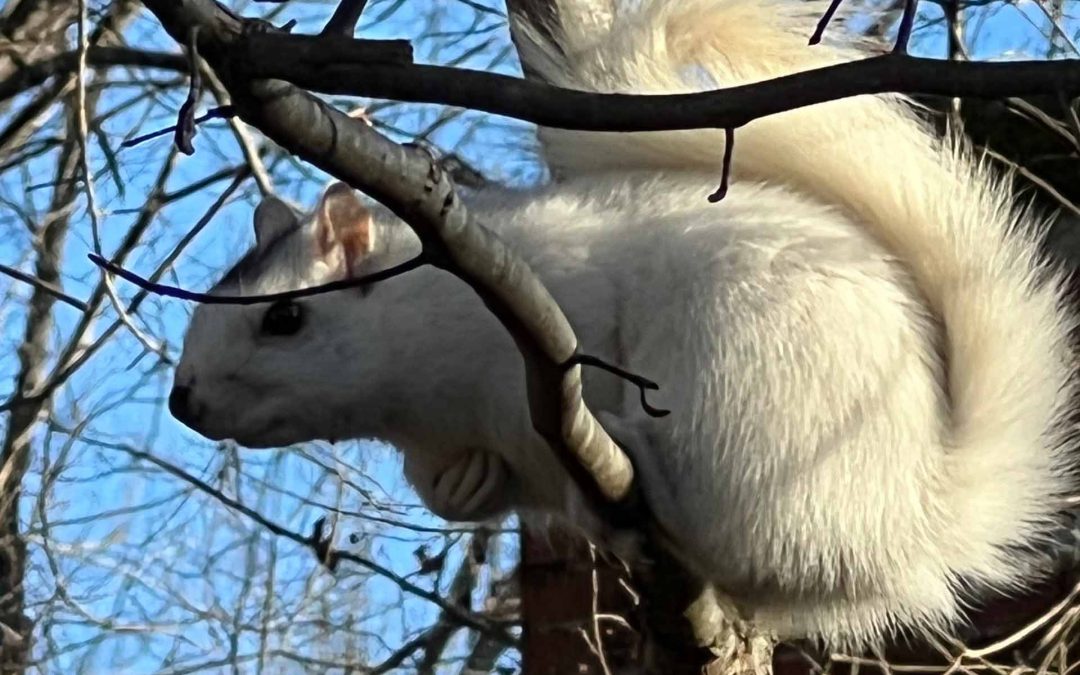 White Squirrels are not considered rare

Are White Squirrels at higher risk of being attacked by Predators due to their white coats?

It is possible that white squirrels may be more visible to predators due to their lighter coloration, which could potentially make them more vulnerable to predation. However, it is also possible that the opposite may be true, as white squirrels may be more difficult for predators to spot in certain environments, such as snowy or heavily wooded areas. In addition, white squirrels may have other adaptations that help them evade predators, such as quick reflexes, good climbing ability, and the ability to communicate with other squirrels to warn of danger. Ultimately, the impact of a squirrel’s coloration on its vulnerability to predation will depend on the specific predator and environment in which the squirrel lives.

what is the biggest predator of white squirrels

It is worth noting that squirrels use their keen senses, such as their sense of smell and hearing, to detect the presence of potential predators and take appropriate action to avoid them.

What do white squirrels eat?

White squirrels, like all squirrels, are omnivorous and primarily eat a diet of nuts, seeds, and fruits. In the wild, they feed on a variety of plant materials, including acorns, hickory nuts, beechnuts, and other nuts and seeds that they find in their environment. They may also eat berries, flowers, and insects, such as caterpillars and beetles, as well as occasionally scavenging for food. Squirrels are known to be opportunistic feeders and will eat a wide range of available food sources.

In urban areas, where they may come into contact with humans, white squirrels may also seek out sources of food that are provided by people, such as bird feeders or garbage cans. Some people also choose to feed squirrels intentionally, either by putting out food specifically for them or by simply leaving food outside. However, it is generally not recommended to feed wild squirrels, as it can lead to a dependency on human food sources and may negatively impact their natural foraging behaviors.